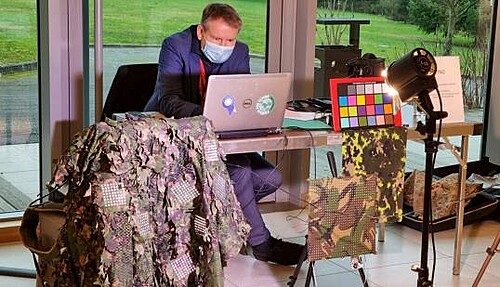 On 27 January, the final workshop and demonstration of the ACAMSII Project (Adaptive CAMouflage for the Soldier II) took place at Safran campus outside Paris. The event showcased the prototype of the defence technology to stakeholders that have collaborated in this EU-funded project for 43 months. The project achieved its objective of creating an adaptive soldier camouflage system that increases protection against detection thanks to a high degree of technological innovation.

ACAMSII was selected for funding under the European Commission’s Preparatory Action on Defence Research (PADR) calls for proposals back in 2017 to develop a technology in the context of “Force Protection and Soldier Systems”. This project was awarded a grant of €2.6 million for conceptualisation, to prototype and testing. The project was implemented by the European Defence Agency on behalf of the European Commission. The ACAMSII consortium encompasses 7 participants coming from 6 different countries (Sweden, Portugal, France, Germany, Lithuania, and the Netherlands).